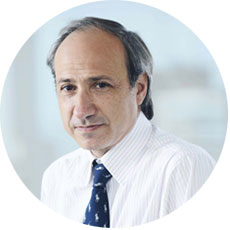 Extensive experience in Finance, Banking, Capital Market and Corporate. Serves as counsel to companies with an integral view on legal matters regarding their activities, focusing on funding in general, corporate and contractual financing. Participated in several financial transactions, both domestic and international, including capital market and M&A transactions. Also participated in many corporate reorganizations, debt restructuring and IPOs. Participated in several financial projects transactions, mainly in the energy sector. In the financial area, his job included: secured and non-secured line of credit; sovereign and sub-sovereign credits, leasing financing, structured financing; loan renegotiation and debt restructuring; real estate financing; securitization and investment funds; syndicated loans and issue of bonds and shares (IPOs). Counsel to important clients in the drafting and negotiation of documents related to corporate governance and regulatory compliance. As a consequence of the issuance of new corporate governance rules in 2001 under Executive Order 677/01 (currently Capital Market Act), served as counsel to several clients, assisting directors and senior managers in the adjustment of corporate structures to the new regulation. Extensive experience regarding (i) regulatory matters of financial institutions, working for Banks and brokers in the performance of the regulatory framework; (ii) Chapter 11 proceedings, especially in the area of extrajudicial restructuring (Extrajudicial Agreements); and (iii) regulation of public companies and public offerings; institutional investors’ rights and duties as shareholders of public companies.

Member of the International Bar Association and Global Law.

Counsel to the Ministry of Economy of the Republic of Argentina.

Former member of the board of directors of Nortel Inversora S.A. (controlling company of Telecom Argentina Stet-France Telecom) as independent director and also member of the auditing committee of Banco Comafi S.A. and Argenclear.

Served as counsel to the Ministry of Economy of the Republic of Argentina and the Securities and Exchange Commission (1989-2001). Led the government’s legal team regarding legislative reforms in 2001 on capital market and corporate governance (Executive Order 677/01 and regulations of the Securities and Exchange Commission implementing said Executive Order).

Advised ABN AMOR BANK N.V. and STANDARD BANK for the execution of a loan agreement for import and construction U$S 40 Billion (2008).

Advised Citigroup and ABN Amro to carry out a restructuration of corporate bonds: public exchange offering of Banco Hipotecario S.A. for an amount of U$S S900 million. (2004/2005)

Advised Comafi and Salomon Brothers Inc regarding the second accelerated placement of YPF S.A. stock for an amount of $ 988 million, a “block operation” directed by Salomon Brothers Inc., the largest offering related to YPF’s privatization in Argentina (1997).

Advised Impsat S.A. in the execution of agreements with Nortel Networks and Lucent Technologies for the construction of a data transmission network through South America. (1995).